Cheltenham Canoe Club started off in 1980 as the YMCA Canoe Club. Three years later, The Pitville Paddlers were formed consisting of 28 enthusiastic members.

Over the next 25 years the club has grown to average around 120 members with the aim of providing an environment where canoeists and kayakers can practice the sport, and where beginners can learn the sport in the Cheltenham area.

In 2013 the club celebrated its 30th anniversary. 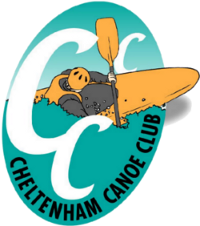